When China opened up to capitalism and foreign investment in the late 70’s by the hand of Deng Xiaoping, it was decided to start with a small fishing village near Hong Kong, named Shenzhen.

Since then this town of 30,000 people passed within a few decades to become an industrial and financial megacity with a population of over 12 million. 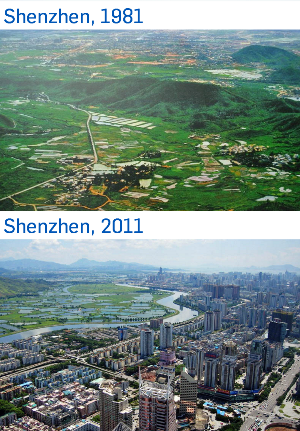 Comparison of Shenzhen in two decadess

Shenzhen currently has the highest skyscrapers and shopping malls in an excruciating growth that often even implies having no space for the remaining terms of the construction of buildings and undergrown. Most appliances sold around the world are assembled in Shenzhen and its province of Guangdong, and the area also has been having a strong international reputation as a magnet for technology entrepreneurs and has been designated as one of the hubs of start-ups that will stand out in the future.

However, we see the pros and cons of this growth. Everything has been due to the designation at the time of Shenzhen as the first Special Economic Zone involving preferential treatment to foreign investment and it gave as a result, and as symbolism of the explosive development of China in the middle of globalization, a series of collateral injuries such as overcrowding, corruption, a polluted environment and the real lack of transparency in municipal law and labor rights of many of its workers, who produce our goods for western countries.

Going a few thousand inhabitants to more than 10 million has led to certain demographic changes that could explain the philosophy of this city and its own urban brand. Naturally, in this short period of time, the migrant population is 99%, very forwarder and complicated to measure accurately to official statistics, which hampers decision making and how to provide public services. 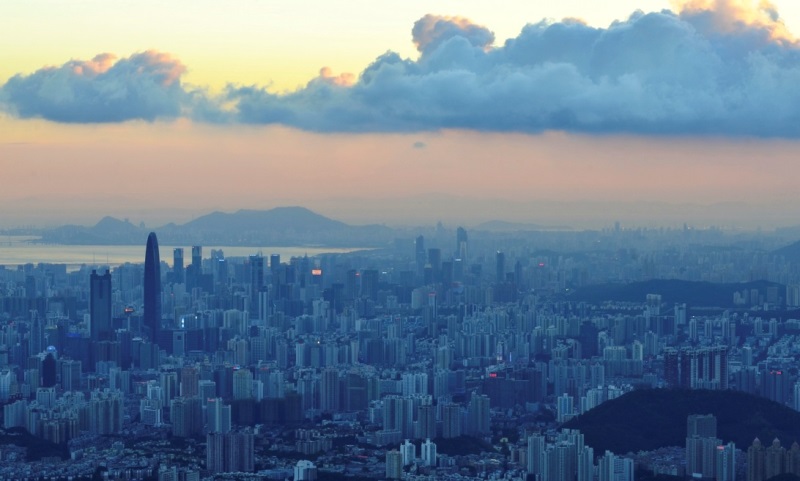 Years ago, in 1989, before the arrival of the last decade of the twentieth century, Shenzhen aspired to grow a lot and from their 30 thousand go to a million over those ten years, but growth expectations multiplied exponentially and all urban planning made in the medium term remained insufficient. The housing grew chaotically and villages were formed in the inner city, built by the newcomers farmers . 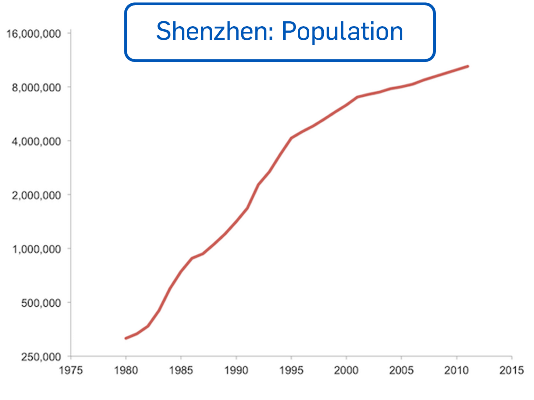 Evolution of the population in Shenzhen

A new multifunctional concept appears in this Asian megacity: apartments blocks become makeshift housing for work seekers who can spend short periods of time or stay in Shenzhen lifetime. Car parks become markets, abandoned factories become schools for children not registered and the arrival of new families does not stop, involving a superhuman effort  for the citizens who can not enjoy  the benefits of development or do it asymmetrically, in  one of the largest cities in the world.

The discussion Chinese authorities have now  in order to try to make Shenzhen a more livable city is or destroy these independent urban villages or restore them, as these “vibrant communities” were the soul to the whole city, they should be participants of the new process of transformation.

After decades of rapid urbanization, China is being aware of the impact for the future the urban boom of the past decades and finally, after almost 4 decades of frenetic growth, the office of urban policy was created to launch the guide of future development for cities.

China’s urban population rose from 20 to 57% and this boom made cities like Shenzhen to go over a core with small buildings to the merger of several sub-cities and towns, making also difficult internal communication between these urbanized areas without a car.

The new urban discipline includes some basic points to revitalize existing spaces and turn them into more sustainable areas: 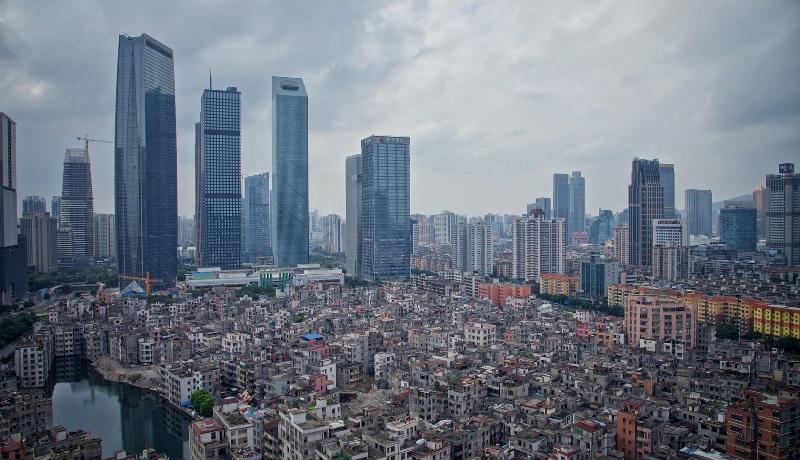 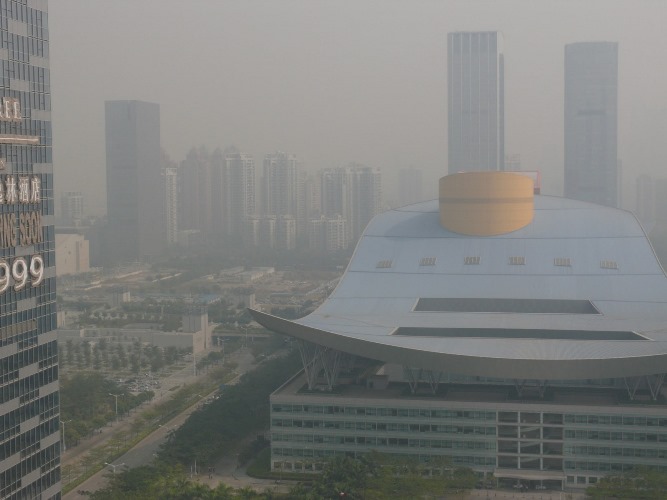 The current goal of Shenzhen is to reduce the average annual air quality index from 38 to 35 over the next three years. Shenzhen ranks first in air quality among major cities in China, however, the city experienced a severe pollution throughout the 2000s.

Shenzhen has shown that sustainability can be compatible with growth. Incomes per capita of Shenzhen now exceed three times the national average, while the intensity of carbon emissions per unit of GDP is almost the lowest in the big cities of China. The consumption of petrol and diesel has continued to decline over the past two years. 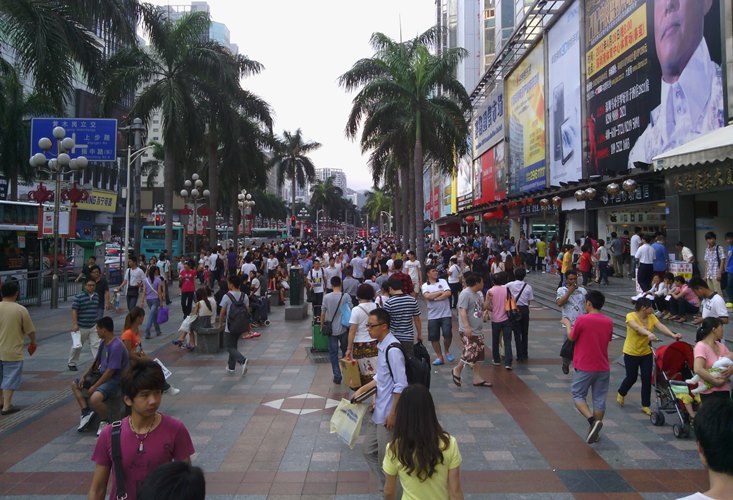 Shenzhen citizens in a shopping street

It all depends on the intent of their leaders and the first steps we are seeing they are really taking effect: There are about 6,300 new energy vehicles – taxis and buses – on the street. Shenzhen also attaches importance to energy saving measures, for example, new buildings must have approved a plan of energy saving before construction.

There are signs of serious intent to turn Shenzhen into a city for its inhabitants, whether residents, visitors or workers. We hope that their fruits are collected in this new decade with sustainable urban development.