LYON
COMMENTS
0 Comments
At the edge of digital culture

It is the third largest city in France by population, since the Greater Lyon has more than 1.3 million inhabitants although its urban center is the one of a medium city, but as we will see, the case of Lyon makes it a unique city, and, with the exception of Paris, it is the main French city in terms of promotion, innovation and internationalization, being a magnet for development at European level.

It has an advantage, not because of its location, but by a history that pushed it to have a set of World Heritage buildings: The Hill of Fourvière with its Roman theater and the Basilica of Notre-Dame, Old Lyon (Vieux Lyon) of medieval times, and La Croix-Rousse and Presqu’île marked by its industrial evolution to the present.

Monumental Lyon on the banks of the Rhone

Up to these modern times we come with a long history of great technological and innovative challenges (banking, printing, engineering, chemistry, medicine) from medieval times to the contemporary age. Reflection of the strength of knowledge that is observed in the most avant-garde and attractive buildings, marking a clear identity of the Lyon city, unique in all France.

An example of this urbanism is the majestic Cité Internationale (International City) of Renzo Piano. This contemporary district is a crossroads of the services sector of the city of Lyon, a major tourist attraction and a pole of cultural movement for all residents: offices, conference rooms, cinemas and auditoriums, hotels, Museum of Contemporary Art of Lyon and much more. 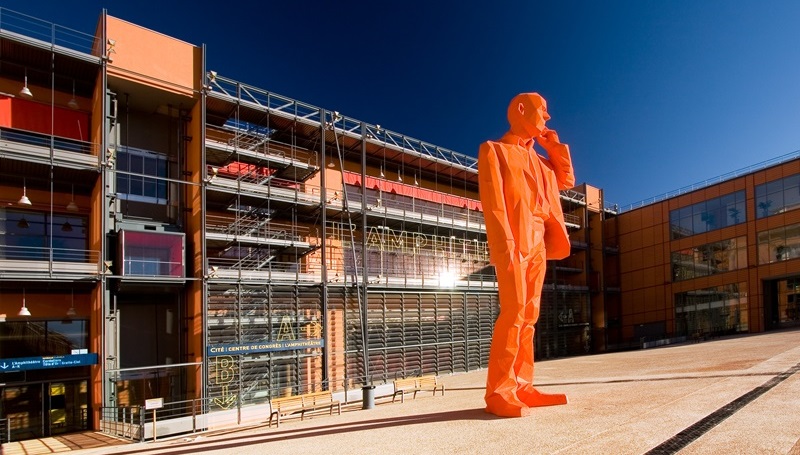 It hosts international meetings at its Congress Center and it is even the headquarters of Interpol, bringing together in a single city an innovative character of research and an international vision of its urban relations.

From here we also highlight the presence in Lyon city of Euronews, with their offices that draw attention to their outstanding forms and this is a meaningful image of the city. This communication channel was created in 1993 by SOCIEME to give informative coverage to all the countries of Europe and the Mediterranean basin in 13 languages, being the news channel most seen on the European continent today. A mass-media giant in Lyon is a true example of the attraction of foreign sources in the field of innovation and technology in this French city. 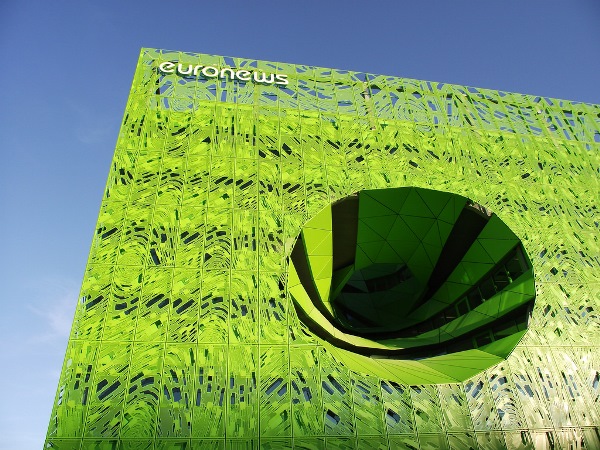 The success of the city and its urban brand are currently well coordinated through Only Lyon, a consortium that manage Lyon’s city branding in a very participatory and transversal way, being a case of success of the place marketing in Europe.

This platform emerged in 2007 as an institutional tool of several public partners (Lyon City Council, University of Lyon, CCI Lyon, Eurexpo, ADERLY, etc.) and private partners (Renault, KPMG, JCDecaux, Veolia or Emirates among others) in a collaborative and transparent governance system.

The main purpose was to enhance the national and international image of Lyon to stand out in the global urban rankings, very oriented to those who visit it mainly from great metropolis of Europe and from emerging countries.

The good use of social networks and communication campaigns comes from the hand of Lionel Flasseur who gave a pioneering vision with digital marketing strategies to an urban project in the use of social networks (Facebook, Instagram, Linkedin) being also the first city to create its own network of urban promoters with Only Lyon ambassadors, a very original way of enhancing membership in Lyon’s urban space, both for those who reside there permanently, as those who visit it to study, to travel, to research and to work, to feel it and to end up being the true current influencers, whose mission is to promote the city as a “unique and exceptional” place, to detect opportunities for new projects and contribute to publicize its city branding. All this in exchange for receiving regular information on the urban agenda, participating in Lyon events and meetings of Only Lyon outside the city and also to be able to contact to more than 23,500 ambassadors that have joined today. 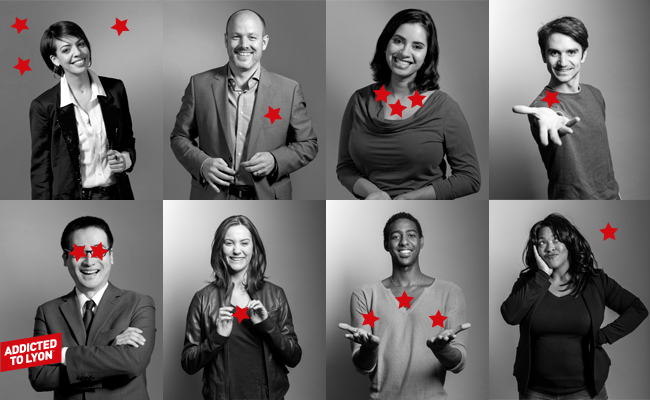 The current image of the Only Lyon promotional platform is reminiscent of the existing Grand Lyon, which took corporate colors and the lion. Moreover this logo was also seen in different places of the city in an action of dynamization that helped to push the urban mark and to interact with it. 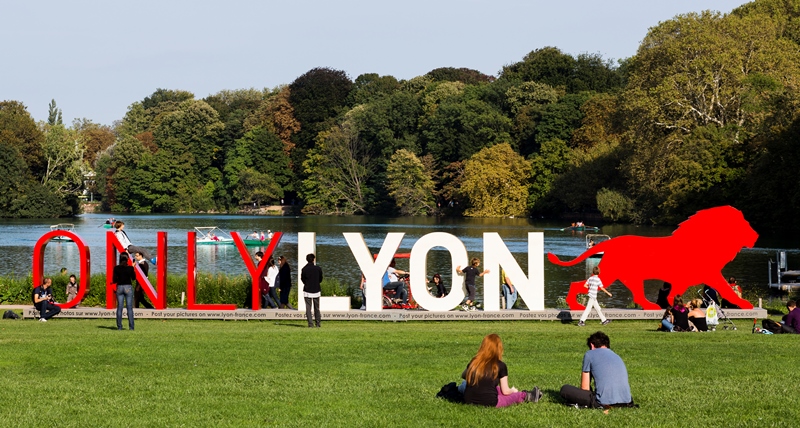 3D Logo of Only Lyon

More than once, the simple municipal term is not enough, and the concept of city that we have goes beyond its limits, as it is the case of all the urban zone that passes the Greater Lyon. In addition, the concepts of space precisely are obsolete according to the consideration that the old city had until now.

From the Roman ruins to become the best French city in technology and the first Smart city, Lyon was able to attract talent and adapt to each of the historical circumstances that it faced.

These circumstances in the information age also turn into great opportunities. It is fundamental the use of images, the collaboration of citizens and the interaction with the messages to make the city feel as the Lyonians have done. It is a unique example of city branding in a town, not small, but eclipsed by the central and universal Paris.

With a clear intention to communicate, a city that is not a state capital can be in the top positions of the international rankings with a basic strategy of explaining the urban product updated to the current digital media.