It is colloquially known as Pondy and it is a unique urban gem in this part of Asia. Despite its small size, Puducherry was the largest French colony in India. This city has a great story for its commercial and military importance in the past, and the Gallic influence is present throughout the city, especially in older neighborhoods with streets and avenues reminiscent of the French Mediterranean style, being known as the East French Riviera.

Puducherry offers an incredible confluence of the ancestral heritage and modern progress. The old French flavor is clearly visible in the well-laid gardens, magnificent churches, historical monuments, splendid mansions, and clean and wide roads, which still has French names. 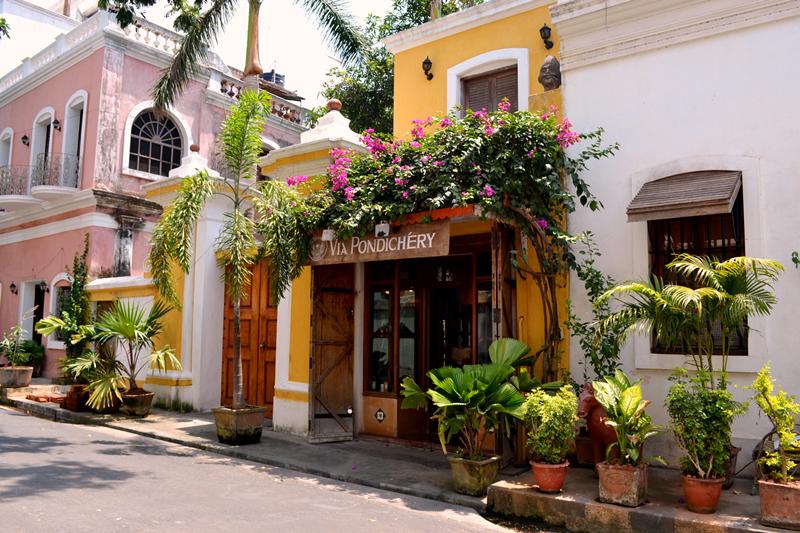 This dual personality is its DNA and the city branding that make it special and unique within the Indian territory.

Puducherry has always absorbed different cultural and religious festivities. For example, the festival Kinni Radhothsavam in the Kamatchiamman Temple or  the International Yoga Festival. Since Puducherry is the former colony of France, the influence of French culture is evident in architecture, cuisine and lifestyle of the inhabitants of Puducherry. The influence of the neighboring states of Andhra Pradesh, Tamil Nadu, Kerala is mixed in this heterogeneous culture. 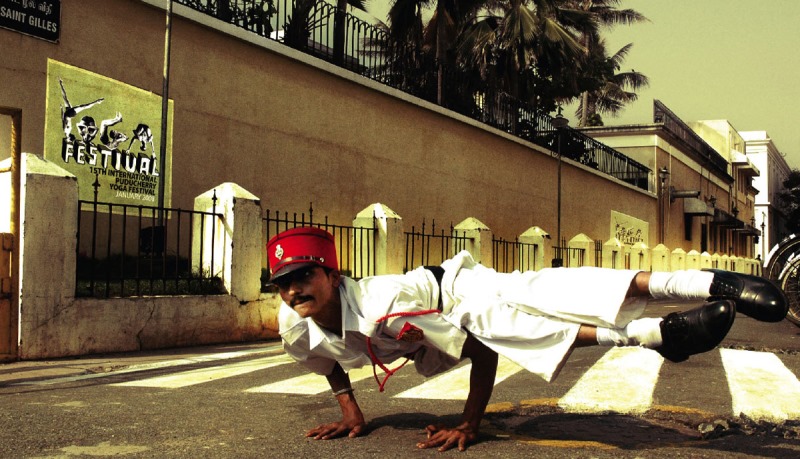 The union territory of Puducherry has a rich cosmopolitan culture. In this city, its inhabitants speak French and English, besides Tamil and Telugu. Its colonial past makes some of the schools in Puducherry use French as the lingua franca and an another interesting fact about the town of Puducherry is that half of the territory’s population has dual nationality both French and Indian. 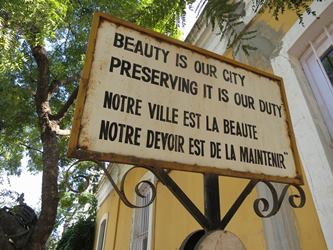 Within the metropolitan area of Puducherry we highlight a unique and spiritual space called Auroville, several kilometers north of the city. This is a community that started in 1968 as an experimental population of “Mother” (a French woman named Mirra Alfassa, the first that came to the area in 1914) in order to realize human unity, or as Alfassa indicated, creating a “place in an international community life, where men and women learn to live in peace, harmony, beyond all beliefs, political opinions and nationalities.” 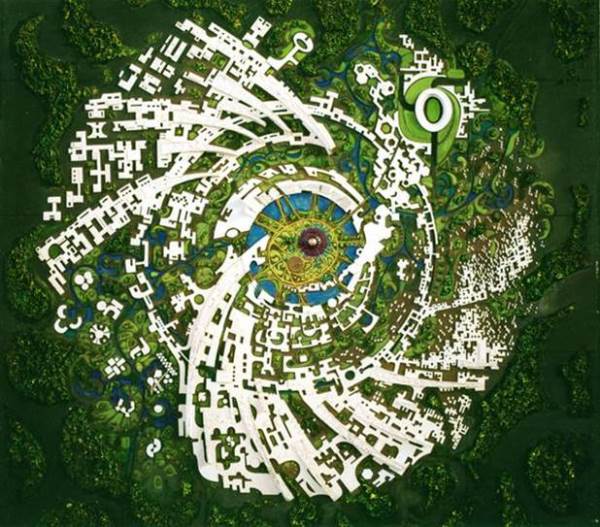 An inalienable place that does not belong to any nation and a place where all human beings can live freely as citizens of the world.

The original idea was presented at the UN and also at the Indian Government in 1965 and the guiding principles in this community were marked until today:

This spirituality, which includes Auroville, and cultural events that we have exposed have made Puducherry a film reference.

Recently, the city was known to the world by the successful film “Life of Pi” (Ang Lee, 2012) which tells the story of young Pi Molitor Patel in an adventure that takes place initially in his town, Puducherry, which is the backdrop for many of the sequences of Life of Pi that were filmed in this city such as Pi’s childhood in the French quarter of Aayi Mandapam or scenes in the zoo run by the protagonist’s father, that really is the Garden Botanical city.

This film helps to show the colonial part of the city, the quiet life that was lived in the early 70’s and other delights in the middle of its urban nature, a showcase for breaking the Indian clichés, and we are sure that it has helped to promote Puducherry in Western cinema halls.

In addition Puducherry throughout its metropolitan complex with its exclaves in the rest of the Indian mainland formed a territorial union with other urban municipalities such as Oulgaret, Karaikal, Mahe and Yanam. They also have been nominated as Smart Cities for the Indian Government. 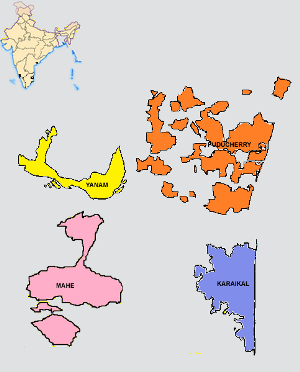 Exclaves of Puducherry including Yanam in the North, Mahe in the west coast of the subcontinent and Karaika, the nearest in the South.

At a federal level this urban territory carried out various improvements to enter into the optimum cities of the Indian Union such as the provision of sanitation of public water in homes, improvement that began in 2011, and also improving public accounts that are audited to improve urban transparency. For this civic accountability, the municipal corporation also began to show the public accounts of recent years so that any taxpayer can check how their taxes go, something new in the cities of India. 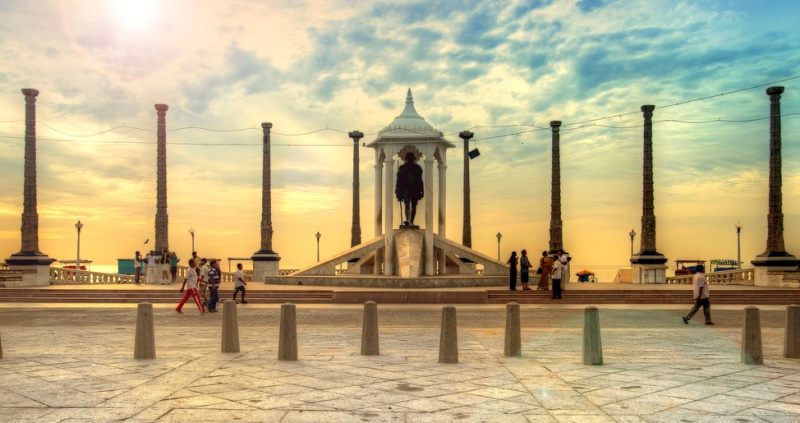 Specifically, in Puducherry we have to pay special attention to the municipal district of Oulgaret (Ozhukarai). In this town a pilot program has been planned to see voting the opinion of people regarding areas to promote within the smart city of Puducherry: urban waste management, TIC and e-government, monitoring the entrances and exits of the city, intelligent tourism, urban mobility, traffic management , monitoring of public transport by GPS and smart electricity meters and water supply.

Of all these, the points most voted by the majority will be included in the Smart City project carried out by the consulting firm Mahindra with the Country Planning Department of Puducherry in order to carry out a master plan pioneer in the history of this urban environment.

The city is renewed maintaining its charm to draw attention of the traveler. This year the Pondicherry Tourism Departament wanted to make a special and modern promotion of this urban brand that invites visitors of Pondy to forget everything, relax and discover the sensory pleasures of this part of India, under the message “Give time a break“.

A striking and unique place that awakens all the senses and brings spirituality, peace and history, as an example of intercultural coexistence.