There are sculptural qualities that distinguish the signature of an artist and give him an international renown. One of the most peculiar works of contemporary sculpture is the Colombian Fernando Botero (Medellín, 1932) with his over-obese, massively robust figures make him unique. Any city in its main traffic and spare time areas will have one of this this statues crowning the town. 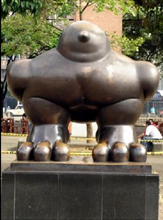 This man with his costumbrist Works makes a show of a striking, bitter criticism of some social problems. He can not be separated from their Colombian origins and his career can only be understood with the launch of his hometown of Medellín, which has also taken an important turn culturally thanks to the donation made to the Museum of Antioquia, cultural reference center in the capital of the same state and which provides to the public an exquisite selection of the artist’s work.

Currently Medellín has took a leap forward that made it a great reference city in Latin America, up to the point that it just won the Innovative City 2014 Award from The Wall Street Journal competing in the final with vanguardist towns asTel Aviv and New York.

But how a city with a reputation for dangerous urban center a few years ago get to be a reference of innovation in this decade?

We have to go back in time, to the decades of the 70’s, 80’s and 90’s to learn how dangerous was the Medellín cartel headed by Pablo Escobar, a mafia that gave a bad name to the Colombian nation unfairly and that created fears to the citizens, tourists and investors in the own city that gave it its name.

Medellín was synonymous with violence, murder and drug trafficking. 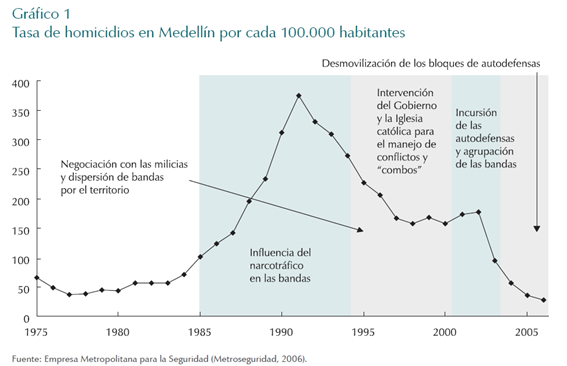 The situation has changed thanks to the infrastructure for education, culture and entertainment and new more sustainable transport systems such as Metrocables.

Medellín was the first city in the world to implement a cable car system as full-time means of public transport, in addition to using it with a social projection.

For years the local government has decided to make a complete turn around and to give Medellín an innovative added value, something that has only been possible thanks to the partnership with private institutions, enabling a hub for dialogue and development between the local government, private businesses, community organizations and universities, from the first challenges of infrastructure, through citizen participation and reaching technological modernization, the only way to make a city at the level of the challenges of the XXI century.

The main promoter of the new brand Medellín is undoubtedly Ruta N, a corporation created by the Mayor of Medellín, UNE (Strategic Business Unit) and EPM (Medellin Public Enterprises) to facilitate the economic development of the city towards intensive businesses in science, technology and innovation, in an inclusive and sustainable way. Its main objective for 2021 is to position Medellín as the most innovative city in Latin America. 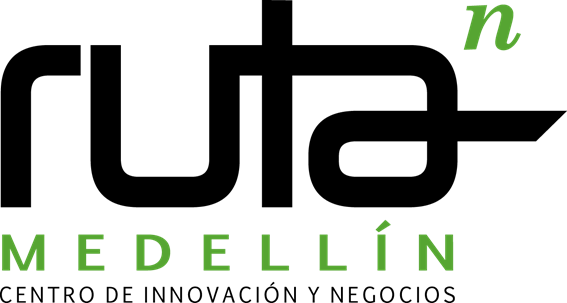 The Town of the Year award is not an end, but the needed inception to progress from a local level to the consolidation of South America as an engine of development. The success of innovative Medellín was his unifying spirit that included public and private sector, citizens and institutions.

The strategy in the coming years will ensure that the media maintain Medellín in the position it has achieved thanks to the collective effort and not the violent chaos that the press labeled in the past because of an evil minority.